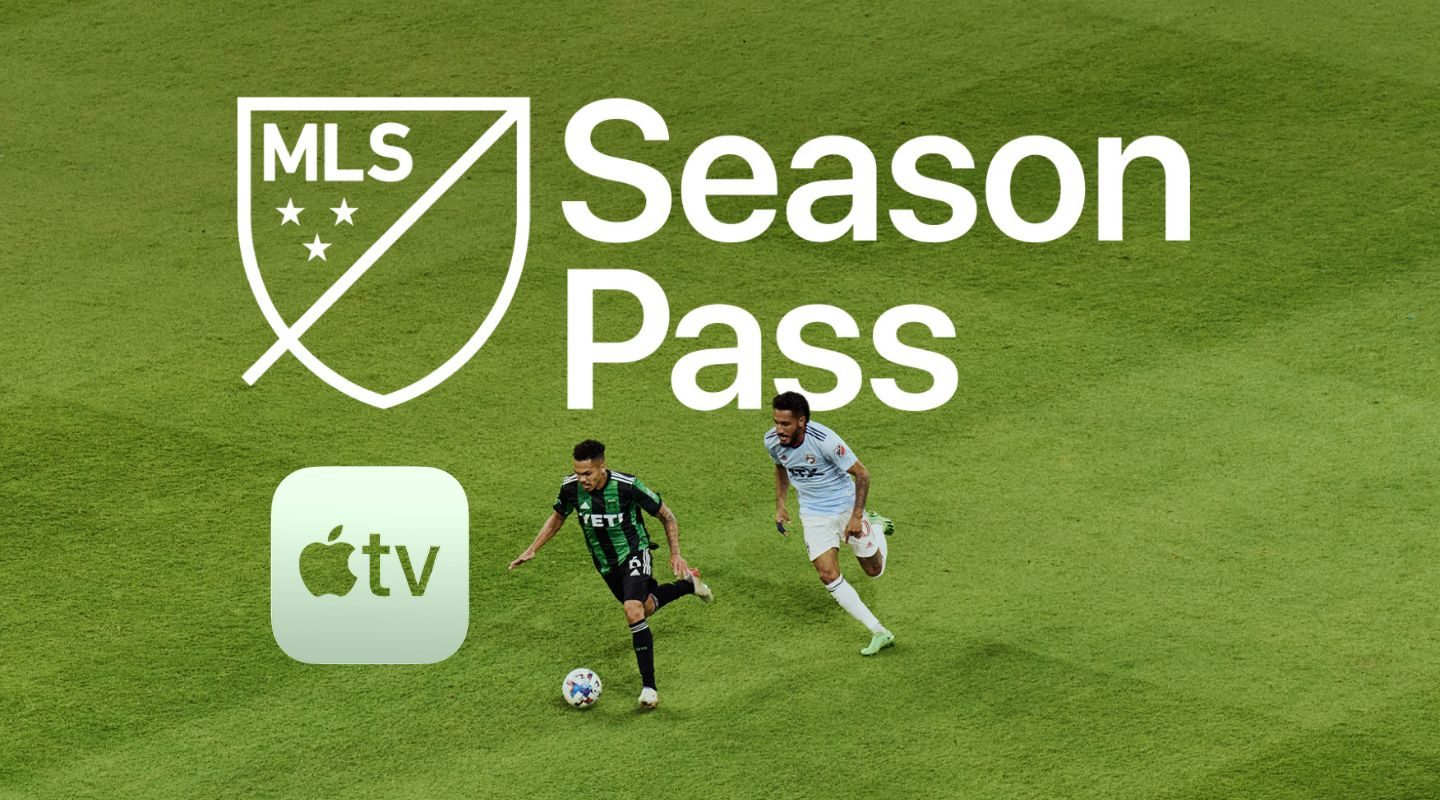 Apple has stated that MLS Season Pass will introduce an unprecedented subscription service to fans in over 100 countries and regions. Thanks to the partnership, MLS games will now be available to their biggest ever worldwide audience.

MLS Season Pass will feature every live MLS regular-season match, the entire playoffs, and the Leagues Cup, all with no blackouts. All matches will be available on billions of devices through the Apple TV app on Apple devices, smart TVs, streaming devices, set-top boxes, game consoles and the web at tv.apple.com.

Why are Apple and MLS making the announcement now?

Back in June, we covered the announcement of the partnership between Apple and MLS, which will see all MLS matches streamed around the world for 10 years, starting in 2023.

The MLS 2023 regular season will kick off on 25 February, 2023. The first home opener to be revealed will see the 2022 MLS Cup champions Los Angeles FC face LA Galaxy in a historic match showcasing Los Angeles’ marquee football rivalry at Rose Bowl Stadium. This will be the first MLS regular-season match to be played at Rose Bowl Stadium in more than 20 years.

All matches during the ‘MLS is Back’ opening weekend will be available to watch for free on the Apple TV app. Major League Soccer’s complete 2023 schedule will be announced in mid-December.

What will fans receive when they sign up to MLS Season Pass?

MLS Season Pass will provide fans with in-depth coverage of their favourite clubs every week throughout the season, starting with previews of each upcoming match. On match day, fans will have the ability to watch any match from the start, no matter when they tune in. After the final whistle, fans can watch match replays, highlight packages and more.

As well as being home to all the games, MLS Season Pass will also feature an exclusive live match whip-around show so fans never miss an exciting goal or save. These fans will also be able to watch game replays, highlights and analysis.

Fans will be able to watch MLS matches featuring English and Spanish broadcast crews, and they can easily listen to a club’s home radio broadcast on the Apple TV app. All matches involving Canadian teams will be available in French.

The View from Andy Roberts, CMO at Planet Sport and Co-Founder of Digital Sport North

This deal with Apple brings MLS’s OTT offering into line with the other major properties in US sports – at least in the US market.

The comparable soccer subs fans will look to are Peacock which offers FA Premier League action for $50 per year and Paramount+ that provides UEFA Champions League, Serie A and NWSL for $50.

The smart aspect to the arrangement is the fact that it is going to lean on Apple’s marketing muscle to take MLS to market Stateside and across the world rather than compete as a standalone app subscription.

Of course, all this is great for the rights owner, the fan looking to follow more than one sport – albeit in fuller coverage than within a bundled offering – still must shell out for each proposition.

As for Apple, who according to various sources are interested in bids for Manchester United and the rights to the Dutch Eredivisie, this expands on their existing deal for MLB Friday Night Baseball matches and will help provide inventory for their expanding ad network which is already worth $4bn in revenue and according to Bloomberg is a target for growth.

Their enviable free cash position – even with ongoing generous share buybacks – could be used for acquisition of trophy sports and media assets or similar partnership deals to this with MLS. This would drive further subscription services revenue growth, which is currently worth about 20% of its $400bn revenue and allow the Cupertino-based giant to really take it to Netflix, Disney and Amazon.

MLS remains the fastest-growing football league in the world today. Following an epic conclusion to the MLS Cup in 2022 and the American and Canadian national teams both making an impression at the 2022 FIFA World Cup in Qatar, this level of growth show no signs of slowing down.

In 2026, the US, Canada and Mexico are jointly hosting the next edition of the FIFA World Cup. As a result, it appears likely that the popularity of ‘soccer’ in the region will only continue to grow.

Apple’s commitment to its streaming service and to the MLS could lead to the rapid expansion and growth of Apple’s streaming platform. With Netflix’s well-documented struggles in creating original programming, this could be an important strategic decision. It also pitches Apple TV+ directly against Amazon Prime, which continues to show English Premier League games. If Apple is successful with MLS streaming, it will be interesting to see whether the company begins to show Premier League games in the future.

Get digital marketing news straight to your inbox

Meta announces it will show 50 NBA games on Meta Quest